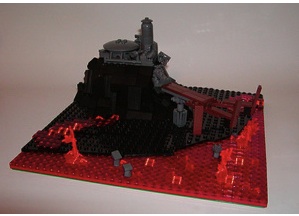 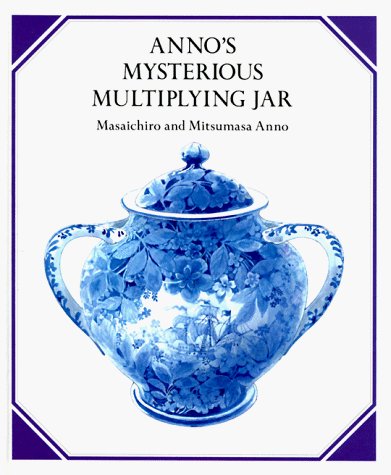 With The Tower of Hanoi, I had fun with the evil powers of recursion. But I’m not actually learning code to teach my son to become a dictator, even a benevolent one, bearing brownies.   While we’re learning recursion, it’s probably not such a bad idea to bring up the some of the consequences of creating formulas that make work and data collection efficient, but potentially dehumanizing.

A few years back a friend gave Ben a lovely book that shows both ends of the spectrum of rich creativity and mechanistic abstraction. Anno’s Mysterious Multiplying Jar was written and illustraed in 1999 by the Japanese  father and son team, Mitsumasa and Masaichiro Anno.  It tells a simple story of factorial development that starts with a jar,  large enough to contain an ocean.

In this ocean is an island and on this island are two countries: 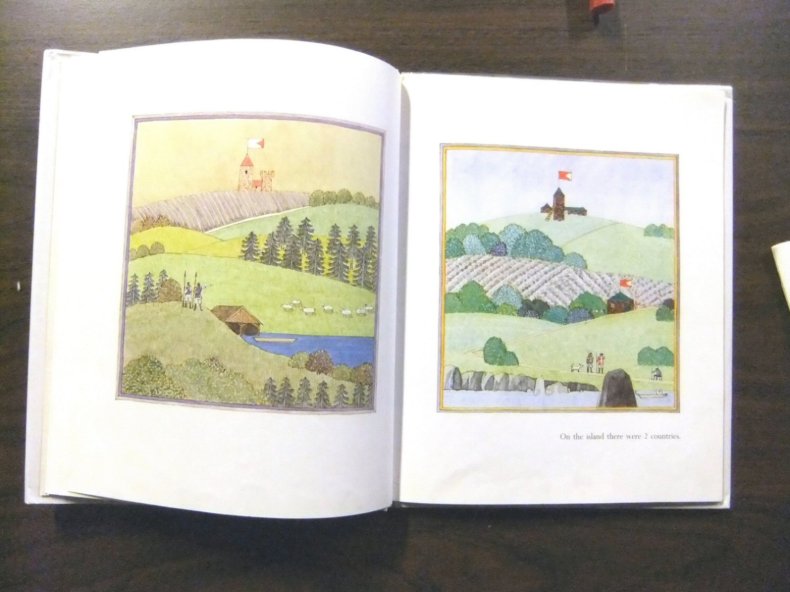 In each country are three mountains.  On each mountain, four walled kingdoms.  In each kingdom, five villages.  In each village, six houses.  In each house, seven rooms, in each room eight cupboards.  In each cupboard, nine boxes.  In each box, ten jars like the first.

The first part of the story is filled with richly illustrated picture of villages, houses, rooms, cupboards, all with their unique, individual characteristics.  The second part retells the story with dots instead.  It goes as far as a two page spread representing !8, or 40,320 dots.   The Annos don’t venture past that, since they’re writing a children’s book, not a heavy tome full of dots.

But the point, so to say, is made.

Posted on April 14, 2012 in programming, Recursion